“If the stars should appear one night in a thousand years, how would men believe and adore; and preserve for many generations the remembrance of the city of God which had been shown! But every night come out these envoys of beauty, and light the universe with their admonishing smile.” 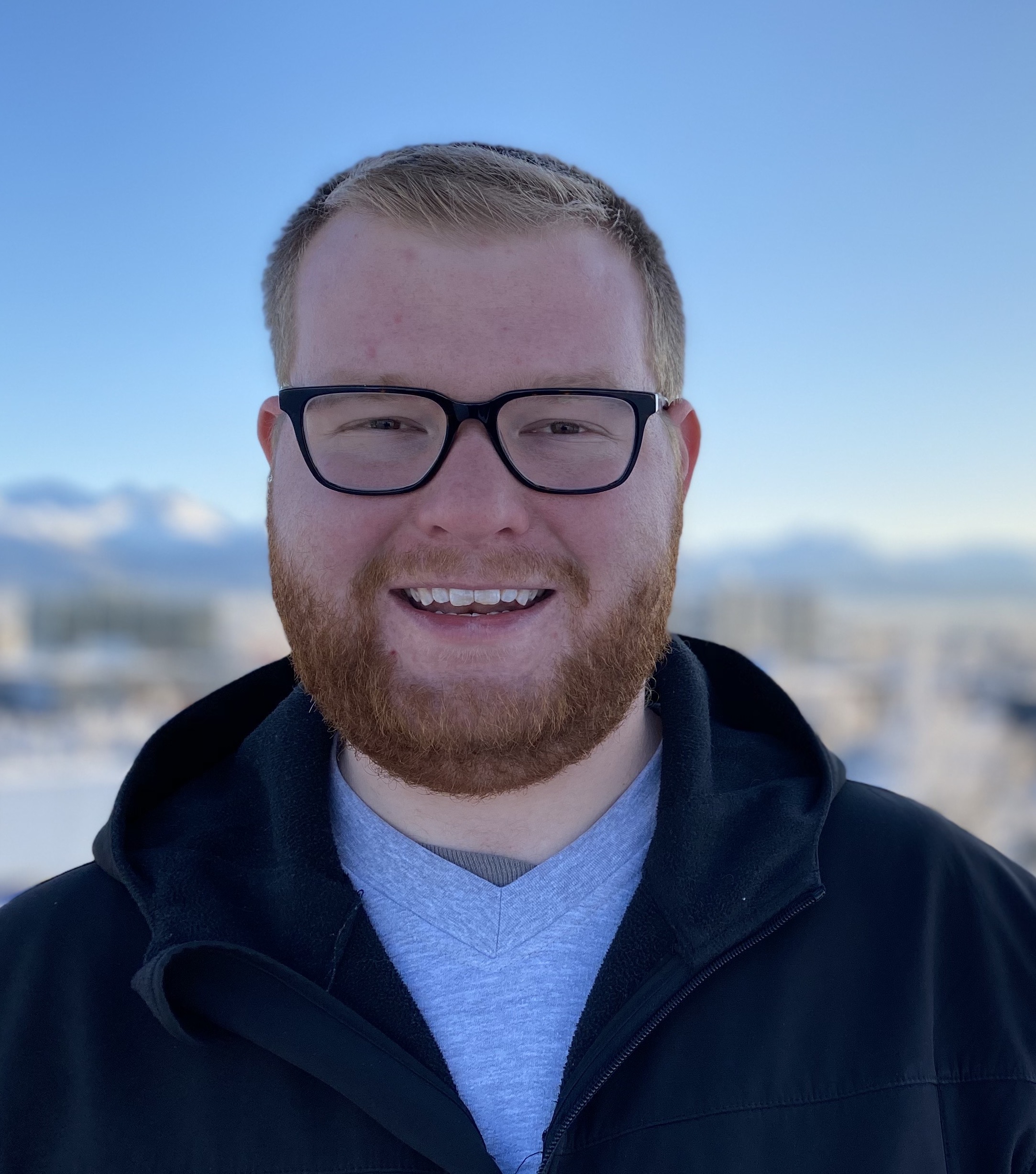 As a graduate student, my research has revolved around the post-mass transfer binaries. Specifically, in my dissertation, I studied the dwarf carbon stars, main-sequence stars with a carbon enhanced atmosphere (C/O > 1). As main-sequence stars, they could not have produced their own carbon yet, and so have been enhanced by a companion.

Using repeat epochs of SDSS spectra, I modeled the dC population. I found them to be consistent with a 100% binary fraction. I also found 34 new periodic dCs and a host of new short periods as well. Additionally, I have also characterized dCs as being chromospherically active from their X-ray emission. More information can be found in my Research section.

Another one of my research projects is working with the Time-Domain Spectroscopic Survey's (TDSS) stellar sample of variable stars. This sample was selected based on SDSS and PanSTARRS photometry for variability, for which the TDSS program got spectra for approximately 50,000 variable stars. I have also collected CRTS and ZTF light curves for 25,000 of these variable stars with spectra. My research aims to analyze this sample to understand how the combination of spectra and light curves can aid in the classification of stellar variables. More information can be found in my Research section.

If you have any interest in my research or questions, feel free to contact me at one of the email addresses below. I am always looking to share my interests with people and to help spread astronomy to everyone! 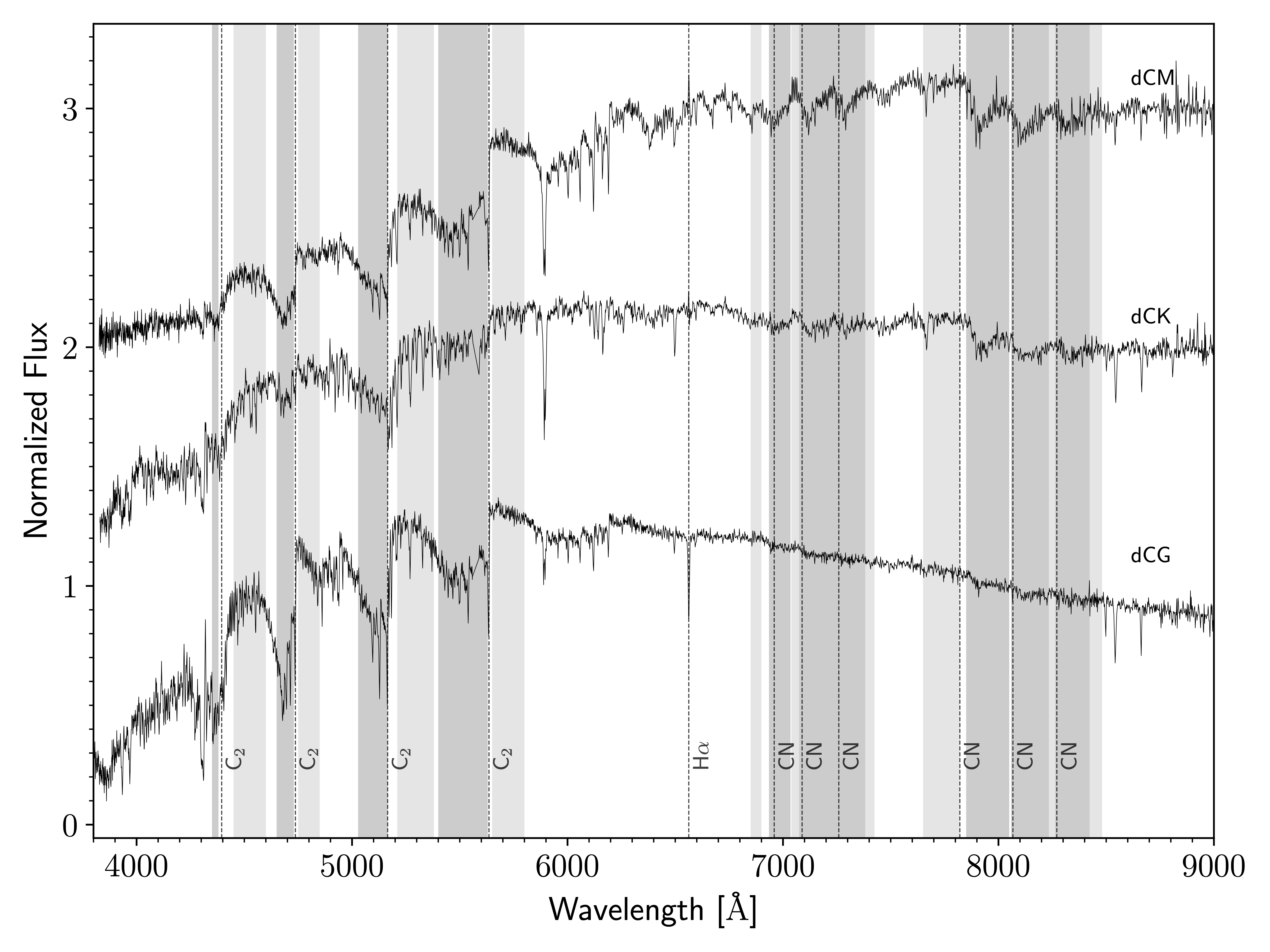 Dwarf carbon (dC) stars are main-sequence stars that have carbon-to-oxygen ratios greater than one (C/O > 1). This gives these stars the unique characteristic molecular bands of C2, CN, and CH in their optical spectra. The figure here shows examples of different kinds of dCs, with varying strengths of their carbon bands.

As main-sequence stars, dCs cannot have created this carbon excess themselves and must have received this enhancement from a companion. My work has used repeat spectroscopy from the SDSS to find radial velocity variations showing dCs as a population must all be in binaries.

Although there are around 1000 known dCs, only a handful have had measured periods. Therefore, I searched for more dC periods using the ZTF survey, finding 34 new photometric periods. Surprisingly, 82% of these have periods of less than two days! These short periods were surprising as they imply that they experienced a common-envelope phase. It was thought that any dC that experienced a common-envelope during formation would have truncated the thermal pulses of the previous AGB companion, stopping any carbon enhancement. However, my work showed that instead, dCs could, and most seem to, enter a common-envelope phase after the carbon enhancement has already taken place. This showed that dCs are a prime candidate for post-wind-Roche lobe overflow systems, and follow-up observations and simulations can be used to constrain efficiencies of wind-Roche lobe overflow and common-envelopes.

As post-mass transfer systems, dCs have accreted significant amounts of mass and angular momentum. Thus dCs may show signs of spin-up and magnetic rejuvenation. I observed dCs with the Chandra X-ray Observatory. I found that dCs show X-ray emissions that are consistent with chromospheric activity and fast rotations.

If you want to read more about my research on these stars, my papers are available below. 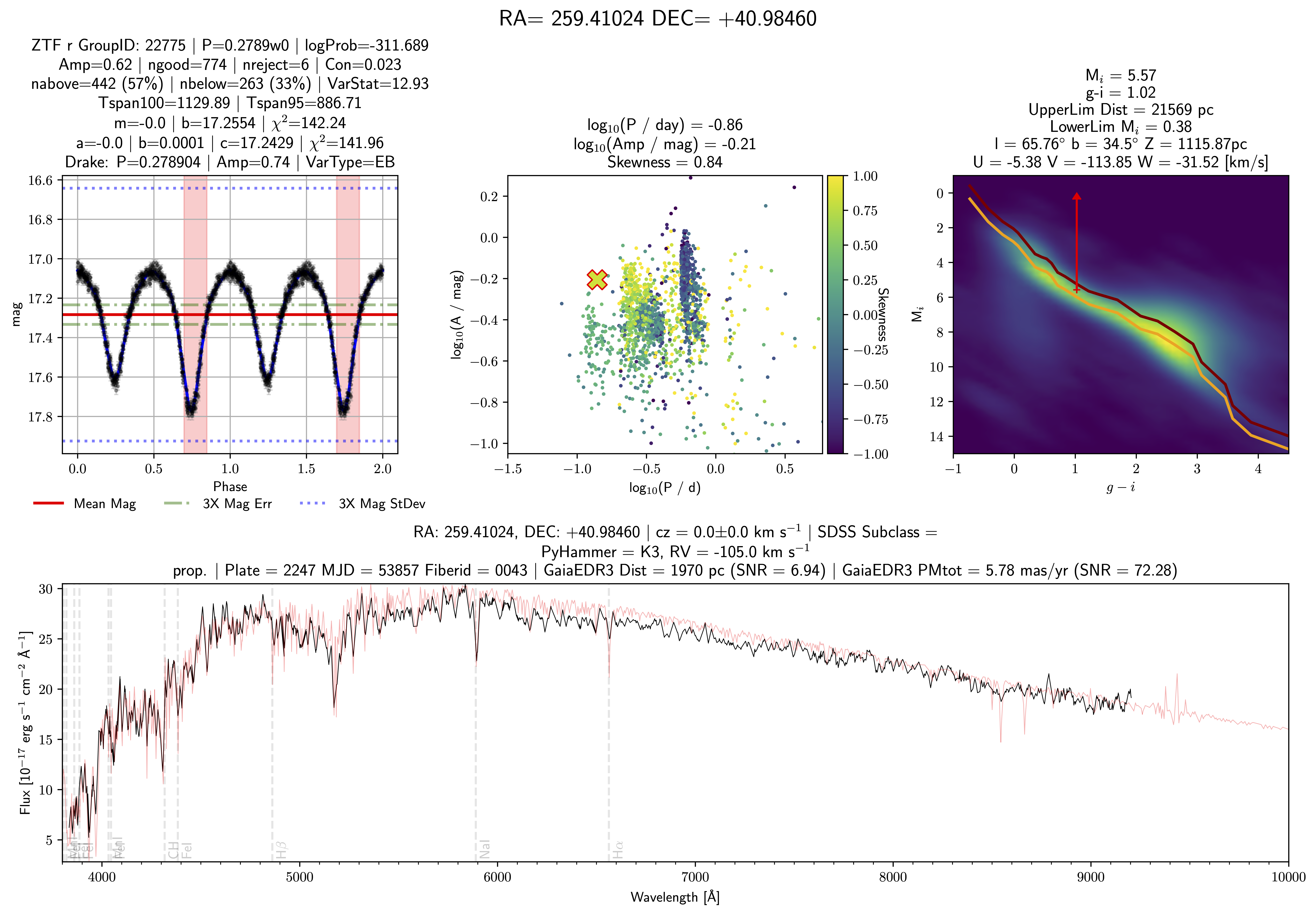 Another of my projects focuses on variable stars in the TDSS survey. This project consists of approximately 50,000 stars that were selected from SDSS and PanSTARRS photometry based on variability. Our TDSS program got spectra for all of these 50,000 variable stars. I have also collected CRTS and ZTF light curves for about 25,000 of these. My research aims to analyze this sample to understand how the combination of spectra and light curves can aid in the classification of stellar variables. This project is ongoing, and if you would like more information at this time feel free to contact! 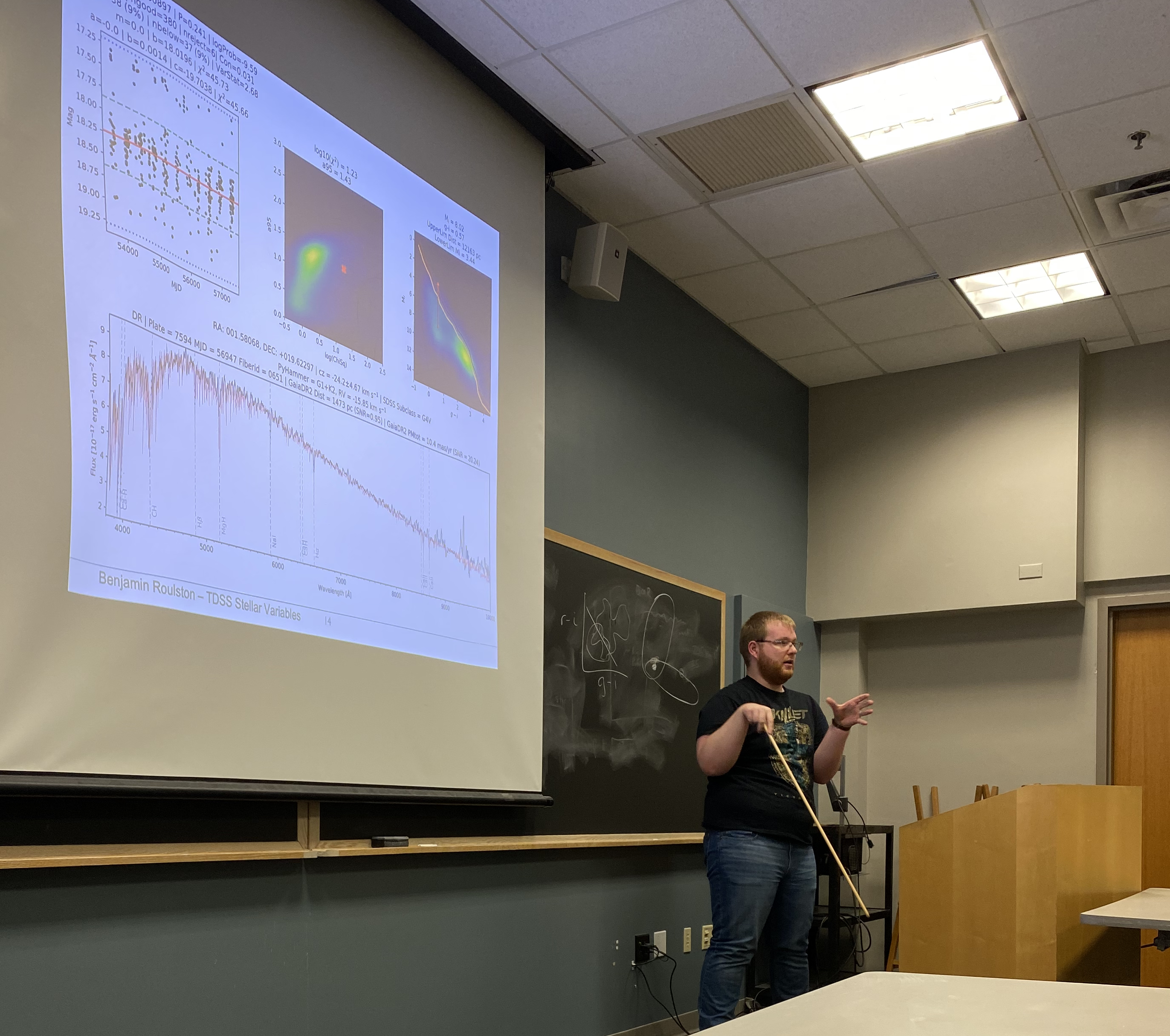 As teachers, we influence more than just the direct education of our students. For some, we are their first introduction to higher education or a particular field. For others, we may be the last science course they take in their formal education. For hopefully a few, we may inspire them to pursue a lifelong career in our fields, which undoubtedly happened to each of us at some point. Whatever the outcome, students' interactions with their professors and classes undoubtedly leave a mark on their education and future. As such, it is imperative that we not only be their teachers, but also their mentors and guides, in exploring their education.

My teaching philosophy centers around the idea that students learn more effectively when they are engaged with the material and participate in their education. The key here is constructing classes in such a way as to cover the typical material needed (think usual lectures of the needed concepts, equations, theorems, derivations) combined with example use of those principles, so students see and, most importantly, do the real-world analysis needed. My goal as an instructor is to instill a sense of appreciation and confidence in students' science abilities and to give them the reasoning and analytical skills necessary to understand and partake in astronomy or physics.

Below, I include anonymous student teaching evaluations for myself from all courses that I have been a teaching assistant for.